Some of the people that helped cook on the BBQ were Mayor of Timmins Mr. Tom Laughren as well as Mr. Gil Dureau of Intact Insurance company. Two morning radio announcers from Q92 and EZRock also helped out on the BBQ. 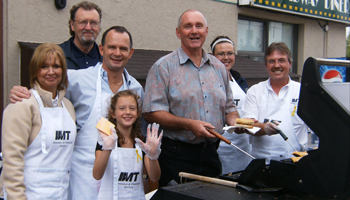